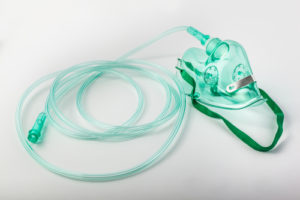 New research presented at this year’s Euroanaesthesia meeting in Stockholm shows that having parents present during the induction of their child’s anesthesia improves the quality of that anesthesia. The study is by Dr Alicia Sánchez, Department of Anesthesiology, Hospital de Sagunto, Spain, and colleagues.

Nowadays, common practice in most hospitals consists of children being separated from their parents at the entrance on the operating room,” says Dr Sánchez. “However some hospitals allow one of the parents to stay with their child after surgery, in the post-anesthetic care unit.”

Local ethics committee approval was granted, and the researchers then obtained written informed consent from the parents of 60 child patients scheduled for tonsillectomy. Those who had previously had surgery were excluded. Patients were randomly allocated to two groups: one with the presence of a children’s parent during induction of anesthesia (P) or children who were separated from their parents at the entrance to the operating room (the usual practice) and thus the control group (C). 30 children were allocated to each group.

Analysis of parental anxiety was carried out using the State Trait Anxiety Inventory (STAI), a parental self-report measuring state of mind and trait anxiety. The form was filled in the waiting area (baseline and moment 1); after separation (C group) (moment 2) or just before entering the operating room (P group) (moment 2); during induction of anesthesia (moment 3); and in the post-anesthetic care unit (moment 4).

The Induction Compliance Checklist (ICC) represents the negative behaviors present during induction, with an ICC score of 4 or more considered poor behavioral compliance. This was completed by an anesthetist; thus two anesthetists were present during the study, one to conduct the anesthesia and one to complete the paperwork and ensure the correct procedures were being followed for the trial. Finally, when leaving the post-anesthetic care unit all parents answered a questionnaire about their experience and evaluated the experience in a scale from 0 to 10.

All children and parents completed the study. The researchers found that anxiety scores were much lower in group P than in group C, with the scores in group C increasing from the point the children were being separated from their parents. Compliance with induction was rated good (lower than 4 points) in 83% of cases in group P, but just 50% of cases in group C. Overall quality was rated much higher (9.3 out of 10) in group P compared with group C (6.8). In group P, all parents said they would repeat the same experience, while in group C, most (87%) said they would have preferred to stay with their child during anesthesia.

In addition, she adds: “The idea for this trial started when my colleague was just about to anesthetize one child who was very upset and crying, hugging his mother on the entrance of the operating room and wanting her to go with him. We thought, ‘why not?’ and allowed the mother to accompany her child. We did an inhalational anesthesia procedure for the child while he was still in his mother’s arms, and the experience was great. That was the point when we decided to create this trial.”