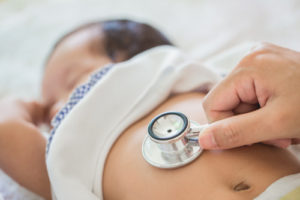 Previously, we began exploring the basics of GERD in Infancy. Gastroesophageal Reflux Disease (GERD) is one of the most common problems in infants, and symptoms may be as simple as frequent spitting up or as complicated as regurgitating frequently, weight loss, bloody spit–up, significant pain, and breathing problems that can further complicate reflux. Now, we will review the potential avenues of treatment.

Most infants with acid reflux see a decline in their issues by their first birthday, with symptoms peaking around 6 months old. However, when the aforementioned complications occur, the need for further evaluation rises to ensure that the problems are not rooted in a more serious ailment.

Further evaluation usually includes an upper GI Series, in which an X-Ray is taken after the infant drinks barium mixture, which allows for proper imaging capture of the upper intestinal tract. In this test, we will be able to see if there are any kinks, twists, or problems in the bowel, which would require surgery to repair. If no surgical problems are found, there are several options to manage and diagnose the condition. 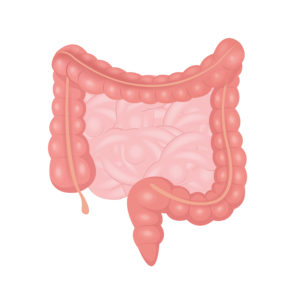 Infant patients will undergo dietary changes primarily, to see if the symptoms are caused by food sensitivity, and potentially be prescribed medicine to better manage the acid reflux symptoms by decreasing the amount of stomach acid present during acid reflux.

In other cases, we may have to perform an endoscopy to take more images and samples to be examined under a microscope for further testing and potential diagnosis.

If you find that your infant is spitting or vomiting up more food than they’re consuming, has difficulty breathing, is abnormally irritable, or has difficulty putting on weight and growing, there might be an upper intestinal problem that needs to be addressed. Contact us today for more information on GERD, acid reflux, and other gastrointestinal diseases.