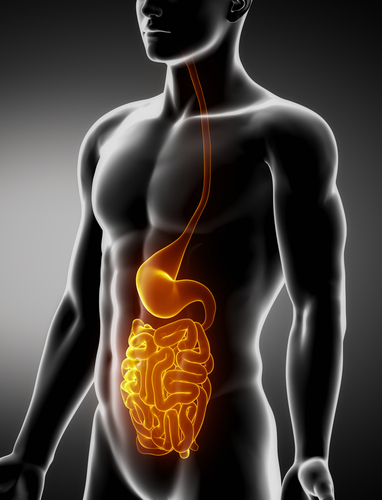 Crohn’s disease is a disease of the bowel that is closely related to ulcerative colitis. The two are grouped in a category called inflammatory bowel disease (IBD), because they both involve the inflammation of the digestive tract.

The major symptoms of Crohn’s disease include fever, non-bloody or bloody diarrhea, abdominal pain, and fatigue. The rectum may be severely affected, leading to fissures, abscesses, and fistulas (hollow passages). Intestinal obstruction can occur, and over time fistulas may develop in the small bowel. Other complications include gallstones, increased risk of cancer in the small bowel and colon, and pain in or just below the stomach that mimics the pain of an ulcer. Arthritis, skin sores, and liver problems may develop as well.

Crohn’s disease tends to wax and wane, with periods of remission punctuated by severe flare-ups. Medical treatment aims at reducing symptoms and inducing and maintaining remission.

Sulfasalazine is one of the most commonly used medications for Crohn’s disease. Given either orally or as an enema, it can both decrease symptoms and prevent recurrences. Corticosteroids such as prednisone are used similarly, sometimes combined with immunosuppressive drugs such as azathioprine. In severe cases, partial removal of the bowel may be necessary.

Another approach involves putting people with Crohn’s disease on an elemental diet. This involves special formulas consisting of required nutrients but no whole foods. Sometimes, after a period on such a diet, whole foods can be restarted one at a time.

People with Crohn’s disease can easily develop deficiencies in numerous nutrients. Malabsorption, decreased appetite, drug side effects, and increased nutrient loss through the stool may lead to mild or profound deficiencies of protein, vitamins A, B 12, C, D, E, and K, folate, calcium, copper, magnesium, selenium, and zinc. 1-10 Supplementation to restore adequate body supplies of these nutrients is highly advisable and may improve specific symptoms as well as overall health. We recommend working closely with your physician to identify any nutrient deficiencies and to evaluate the success of supplementation to correct them.

Several natural treatments have shown promise for Crohn’s disease, but none have been proven effective.

During a 10 week double-blind, placebo-controlled study, use of the herb wormwood appeared to successfully enable a reduction of drug dosage in people with Crohn’s Disease. This German trial enrolled 40 people who had achieved good control of their symptoms through use of steroids and other medications. Half were given an herbal blend containing wormwood (500 mg three time daily), while the other half were given a placebo. Beginning at week 2, researchers began a gradual tapering down of the steroid dosage used by participants. Over subsequent weeks, most of those given placebo showed the expected worsening of symptoms that the reduction of drug dosage would be expected to cause. In contrast, most of those receiving wormwood showed a gradual improvement of symptoms. No serious side effects were attributed to wormwood in this study.